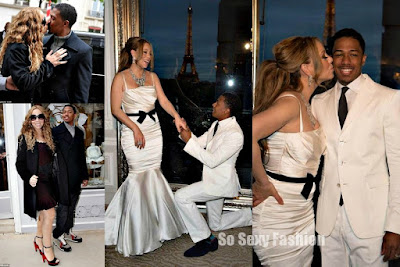 In an effort to keep their relationship both romantic and strong, Mariah Carey and Nick Cannon renewed their marital vows in Paris on Friday night (April 27).


The 42-year-old Grammy-winning singer looked stunning in a white mermaid frock with a black bow wrapped around her waist as her 31-year-old husband of four years donned a white suit as he once again got down on one knee during the intimate affair.

Upon conclusion of the vows renewal ceremony, Mimi and Nick headed out on the town in the French capital city.

As for their destination, the good-looking couple opted for a swanky dinner at the Eiffel Tower’s Le Jules Verne restaurant – during which onlookers tell that the pair appeared to be having a “wonderful time”.

The trip to Paris comes just after Cannon was honored at the Common Sense Media Awards for his work with various children’s charities.

Of the accolade, Nick posted a message on his website, which reads: “t was truly an honor to be recognized during this year’s Common Sense Media Awards in San Francisco last night. Common Sense Media is a non-profit organization that’s dedicated to helping parents and teachers assist kids with improving their experience with media and technology.” 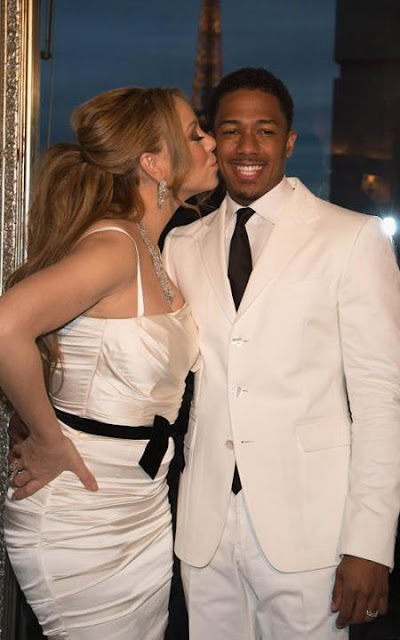 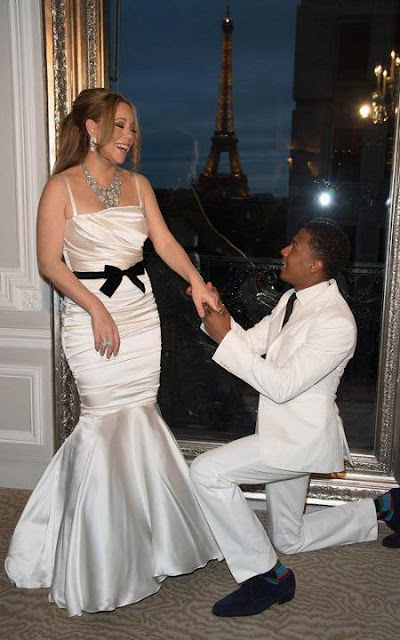 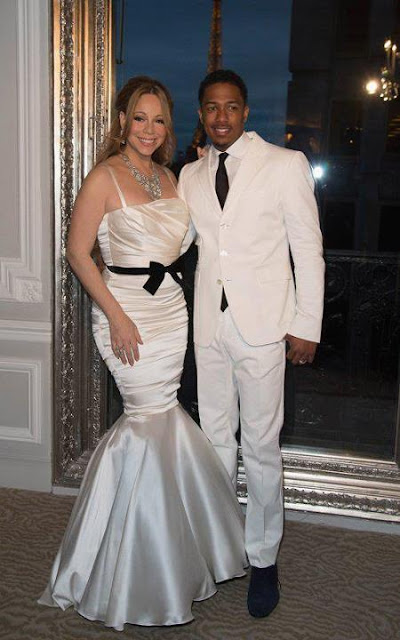 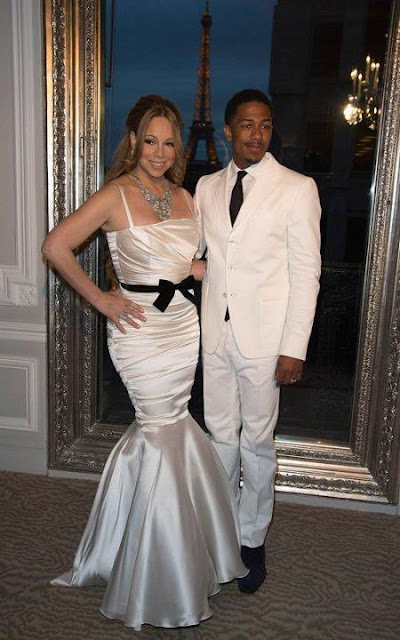 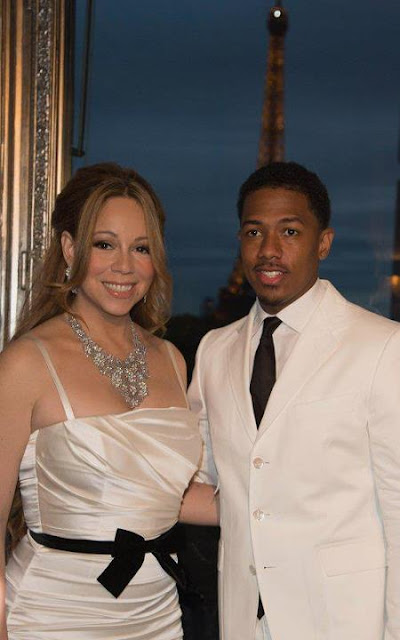